When did you start your journey, and what was the initial intention?
Florent: I started in January 2013 and wanted to cycle all Europe within 2 or 3 years. I did some shorter tours in the past such as the official Tour de France route (in about 3 months); that was something I truly enjoyed.

At what point did you decide to make this a longer term project to travel the world?
Florent: After 18 months I was in Iceland. The price was the same to go to the UK or to go to Canada. Canada was better because it was exciting to go to Quebec (French speaking people), see New York, and have good weather for the end of the year in Florida. After a change of continent I had to change the name of my tour, which was first „Europe Tour“. So I changed it to „World Tour“.

What were the most important things to take with you?
Florent: Most of all, my little computer. It is important for many reasons.

What did you miss most?
Florent: The good french food (cheese, pastries, bred, french cooking).

What about your emotions on the way? Happiness, loneliness, freedom, exhaustion?
Florent: I live my dream. My emotions are positive every day. I never feel lonely because I meet lots of people every day. If one day I start to feel lonely I will go to meet people – it is very easy to do because people are respectful, curious and impressed when they see me and my bike. Travelling by myself on a bike gives me a huge feeling of freedom and makes me happy.

„I live my dream. My emotions are positive every day.“ (Florent Gouachon)

How do you earn money while travelling?
Florent: First, by renting my apartment in my home town. Second, with advertisements on my popular free math website (Google Ads). And third, by working during the winters.

What are your average expenses?
Florent: Between 600 and 800 euros a month.

Did you encounter any major mechanicals or accidents?
Florent: I had lots of mechanical problems in the first year because I did not have a good bike (a racing bike with a trailer and it was too heavy for the bike). I had two accidents, the first in Lübeck, Germany, because of me. I was watching my GPS when a traffic light turned red. The car in front of me suddenly stopped and I crashed into it. My fork was completely broken. I had to wait one week for a new fork. Thankfully, no serious injury on me, just pain in one finger for a couple of days. The second accident was in Georgia, USA. Narrow road, not much room for traffic to pass; an idiot driver being much too fast hitting me. I didn’t fall but the hit was strong enough to break the table in the bag he hit on the back of the bike, and it broke the rear-view mirror of the car. I was shocked.

How do you manage everyday stuff? Health insurance, taxes, mail correspondence?
Florent: I don’t have a good health insurance. I should worry more about that. As for taxes, I still have to pay taxes to France even though I’m travelling somewhere else in the world. In terms of mail correspondence, I use the address of my father. He helps me a lot with that.

„I don’t have a good health insurance. I should worry more about that.“ (Florent Gouachon)

What were some of the most memorable experiences (both good and bad) on the way, in terms of nature but also people you met?
Florent: In terms of nature the stunning things were mostly in North America. I saw a bear, an alligator, lots of vultures, pelicans, and an eagle. In Europe I saw beautiful mountains in Canary Islands, Norway and Iceland. The most memorable people I met were people with health problems (one was slowly becoming blind, another one had recently survived a heart attack) but also people who showed incredible hospitality – I will never forget them. For the bad side, I had two weeks of heavy rain in northern Spain, one week of horrible storms, tornados and flooding in Texas, and seven weeks without sun in Iceland. In terms of bad people, I have not encountered any yet.

Did you at some point think „this is crazy“ or „I can’t do it“?
Florent: No because if something is very difficult I can just stop, sleep at the place where I am, and go on the following day. I always carry a lot of food. It is always possible to slow down. People think that travelling by bike is difficult, but I find it easy because it is freedom. I never have a certain place to reach at a certain time.

What would you recommend other potential world travellers planning to do a similar journey?
Florent: Be safe, have at least always one yellow safety jacket on you or on your bike/panier. Have strong lights. Stop to let the cars go first if the road is narrow. Use cycle lanes as often as possible. I often hear stories about traveling cyclists getting killed on the road; that it always very sad. Also, take a lot of stuff with you to be comfortable. The weight on the bike will not affect your body, it just makes you going a little bit slower. But if you travel by bike, you should have time anyway. And having a huge tent, a chair, lots of clothes, and a large choice of good food is so enjoyable after a cycling day! You may also consider to carry a bottle of wine.

You are back in France right now. How did your body and mind change since you left? What are your plans going forward?
Florent: I am in France for two weeks now. It is a very big change. Everything is different. Here I feel lonely because I don’t have many friends and it is more difficult to meet people. In addition, I can’t do sports at the moment because of a calf muscle tear. And as I almost don’t move I eat ten times less than on my tour in America. Now I work hard to make money, and I’m busy with some personal projects. I hope to be back on the road in February 2016.

Many thanks for the interview Florent. All the best for your next journey! Hope to meet you again somewhere else in the world. 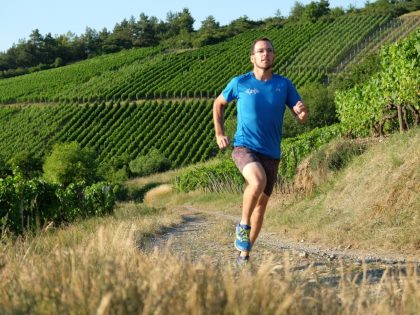 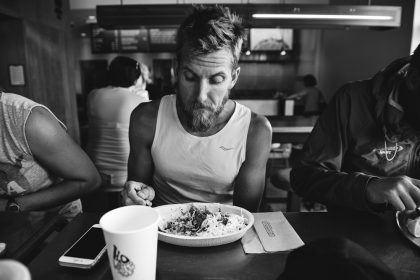 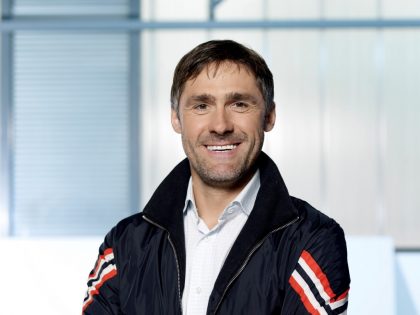 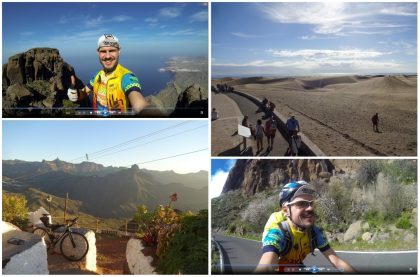 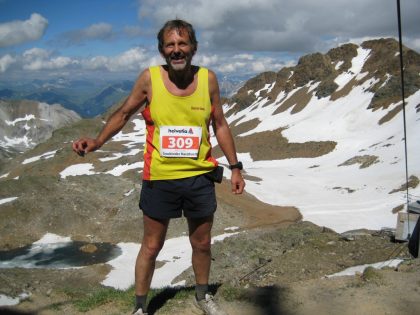